Our Place Among the Stars

We have a problem and a rather expensive $500,000,000,000 (Estimated) one at that. Our Mission: Colonize Mars, and to begin it starts with a first step on the martian surface. But before we can ever take our first leap into the unknown, before the astronauts can spend months in zero gravity watching Earth become a pale dot in the solar horizon, before the rockets can blast millions of pounds of thrust from the surface of Earth, we have to face the reality that space flight is expensive and difficult.

On May 25th, 1961 President John F. Kennedy proposed to Congress the national goal of “landing a man on the moon and returning him safely to the Earth” by the end of the 1960’s. It was a monumental undertaking and put NASA under considerable pressure to succeed in a space race against the USSR. The task of space flight to and from the moon was achieved eight years later on July 20th, 1969. The entire Apollo Program which included research and development, 15 Saturn V rockets, 16 command/service modules, 12 Lunar Modules, program support and management, construction expenses, and flight operations were reported to congress at a cost of $25.4 Billion in 1973, roughly $109 Billion in 2010 dollars. But despite the monumental costs that consumed nearly 60% of NASAs budget at the time, we discovered something else on the Lunar surface. Trace amounts of water vapor ions were observed by Apollo 14. It was the beginning bread crumbs to a much larger discover to come.

Robots aside we’ve backed off from the planets and the stars. I keep asking myself ‘is it a failure of nerve, or a sign of maturity?’

As the Cold War diminished, so too did the American support for the space program. After six manned flights to the Moon our interest as a nation shifted and the heyday of NASA flights to the Moon would come to a bitter end. As Carl Sagan noted, “We had an expansive run in the ‘60s and ‘70s. You might have thought, as I did then, that our species would be on Mars before the century was over. But instead, we’ve pulled inward. Robots aside, we’ve backed off from the planets and the stars. I keep asking myself is it a failure of nerve or a sign of maturity?”

While our goals shifted towards the International Space Station and further Earth Studies the Moon, nor Mars has been forgotten. Over the years there have been numerous pushes to see our combined interests return to these foreign lands for the scientific riches that remain hidden behind rock and shadow.

The Cost of Discovery

Since the American Space Shuttle program was retired in 2011, America has faced another problem. The International Space Station, our furthest manned presence in space by way of 249 miles from Earth, has no way for American astronauts to climb aboard. In response, America has been forced to hitch a ride with the Russians aboard Russia’s Soyuz Space Capsules at a rate of $70.7 million dollars per seat (2013), $8 Million more per astronaut then the previous agreements with Russia. As one might imagine, NASA is eager to find a reliable solution for space flight and essentially get back in the game in a much bigger way. But flight to the space station isn’t the only goal in sight. In the grand scheme, Mars has become not only NASA’s goal, but internationally as well and as successful missions continue to provide evidence and discoveries of liquid water on Mars, the kindling in this fire is only expected to grow. Getting to Mars however will prove difficult and expensive to the tune of an estimated $500 Billion dollars. 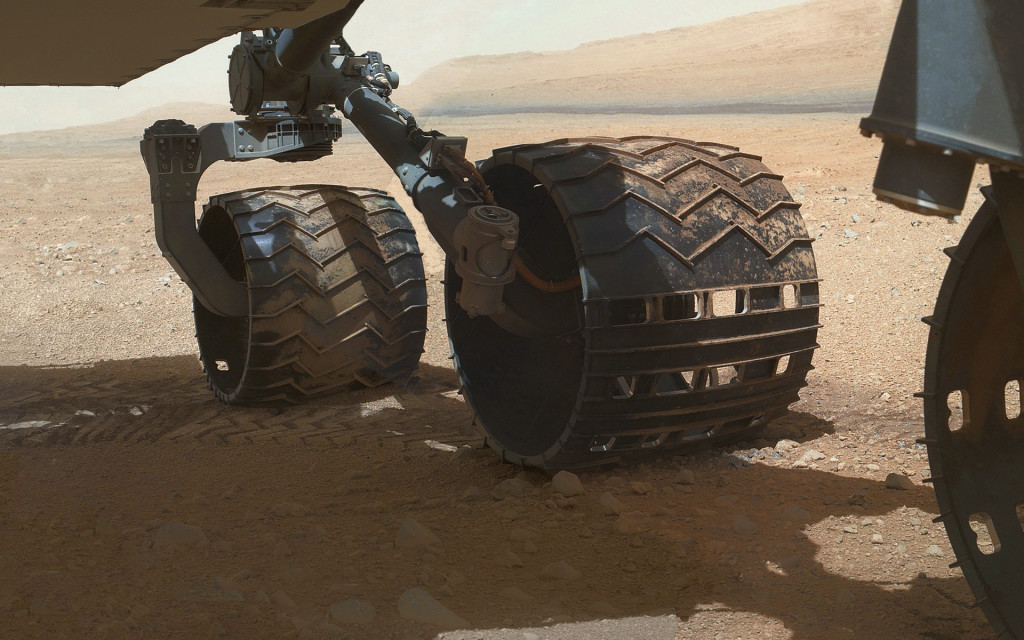 How we reach space however is a large chunk of that investment and space agencies around the world are now starting to turn to the private sector for help. While privatizing space has been around since the early 60s when civilian Communication Satellites first started to fill our skies, we’re now seeing private companies such as SpaceX, Blue Origin or Virgin Galactic to name a few, take a larger role in the world stage of space flight. From these private companies we’re beginning to see a tide of new innovations such as SpaceX’s recent accomplishment as the first organization to successfully return a First Stage rocket booster with the intention of reuse. A feat that future projectionists estimate should save on launches by a factor of 10. SpaceX has indicated that if successful in producing reusable rocket technology, which they appear poised to do, launch prices in the USA could drop to $5 to 7 Million Dollars using the Falcon 9 rocket. As of October 2015, the Falcon 9 v1.1 commercial launch price is $61.2 million. A significant drop in costs to space exploration will undoubtedly usher in a new era of space flight and be the spark needed to make our Mission to Mars a reality.

Fuel for the Trip

In September 2009, Science Magazine reported that the Moon Mineralogy Mapper on the Indian Space Research Organisation’s Chandrayaan-1 had detected large quantities of water on the Moon near the polar caps, a stark contrast to the trace amounts of water vapor detected in the early 70’s near the equator. Water as you know, is important for sustaining life on Earth but would equally be important for any future Lunar base, including the creation of fuel for future spacecraft. The production of fuel from the Moon would change everything about space flight to planets beyond Earth’s orbit and provide an excellent pit stop for travelers to Mars. In addition, the traveling cost to Mars would drop significantly, one estimate by the NASA consult group NexGen LLC suggests the cost could drop as much as $10 Billion, per year.

But producing this fuel, water and Oxygen will require men and women and the means to house these individuals. The European Space Agency (ESA) is working with London-based architecture firm Foster + Partners on just that problem. The team at Foster + Partners have proposed a method to 3D print a structure for astronauts, using the Lunar surface itself as a tool in the habitats construction. But the ESA won’t likely be alone as China has shown great interest in landing astronauts on the far side of the moon, possibly with a Lunar Base in mind.

Beyond the Moon: Mars

With the ESA moving to create a more permanent base on the Moon with the hope to reduce fuel costs and SpaceX making rocket technology cheaper, as a planet we’re ever inching closer to sustainable living on Mars. Because while there are still numerous technological breakthroughs required to make Mars your next vacation spot, the infrastructure required to make such trips is slowly coming into place. Where we go, or more likely our children go, will be unlike anything we’ve seen before.

Think you know Concrete? How Smart Concrete will Change the World